May 2020 update – For the lowest possible power meter cost, please get in touch using the form below. As described in this press release, we offer to sell our complete technology as a license that will enable the manufacturing of power meters at costs down to around $10+crankset. This requires batches of 10000+ units and a one-time license fee. For smaller-scale manufacturing, we will be happy to make a deal to supply electronics, firmware, apps, server-side, test systems, and support systems.

If you are interested in a Do-It-Yourself power meter, take a look at our “Corona/DIY” power meter page. 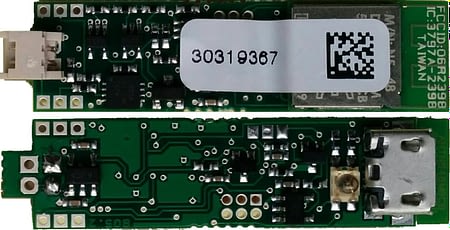 Danish Sensitivus Gauge ApS is now enabling any manufacturer to add power meter to a crankset at a cost of $6. Sensitivus provides full non-exclusive access to schematics, source code, mechanical drawings, reference designs, and all the know-how needed for both the immediate implementation of power meter technology in a crankset and to further develop new solutions including pedal-based power meters.

“In 2016 we started our quest to democratize power meters and make it affordable for all through two successful crowdfunding campaigns. Now we are taking the next step and make this mature technology available to manufacturers that want to help put affordable power meters on all bikes” explains CEO Rolf Ostergaard.

The cost of electronics, in general, is on a constant falling curve and with mature technology, the cost can be very low. In volume, the $6 bill of materials cost for the electronics of a crank-based power meter can now be achieved. With strain gauge costs below $1, the total cost excluding crankset can be around $10 depending on the style of power meter manufactured.

Rolf Ostergaard adds: “We pioneered the rechargeable battery with a magnetic charging connector in 2016. As our first major customer was a pure MTB brand, the vibration-sensitive cadence algorithm is among the most robust in the industry giving our technology a definite edge for both MTB and gravel. This algorithm has years of pro-level testing and we are very happy with the performance. All-in-all our technology is mature and easy to integrate.”

Full integration of the technology into a crankset can take as little as 3 months for a dedicated manufacturer. By engaging Sensitivus integration services, this follows a well-defined process to a shippable product including many opportunities for differentiation.

Along with the hardware and mechanical parts, Sensitivus provides the complete software setup required to run a power meter product line. This includes smartphone apps, cloud services, back-end tools, and all the test and calibration systems needed for manufacturing.

Sensitivus offers the technology as a way for manufacturers to take the next step and stay competitive in the power meter market with a good margin as retail prices are under pressure and the majority of the market is predicted to shift from after-market to OEM over the next years.

For more details on acquiring a non-exclusive license to the technology, get in touch.

A number of news outlets picked this up – thanks 🙂 Here are some of those articles and a few comments that may help to clarify things that somehow got mixed up a bit through the journalistic process.

Road.cc with the headline “$6 power meter? Tech firm claim they can sell power meter tech to bike brands for just $6“.

Only one detail partly misses the point, as the press release clearly states that the $6 is a bill of materials cost (BOM cost is the cost for the manufacturer to buy the materials). Not the price we would charge, as we would not be selling the parts. The manufacturer would buy the parts directly.

DC Rainmaker has a brief mention in his typical weekly bits and pieces post “Week in Review–March 1st, 2020“.

Chan-Bike talks about this in Chinese (I suppose).

Cycling Weekly has an article about this under “Danish brand says it can offer bike companies a power meter for just $6“.

Canadian Cycling Magazine is using the headline “A $6 power meter?“.

MTB News in Germany writes about this as “Leistungsmesser für alle ab Werk? Mess-Technik für eine Handvoll Euro“, which should be easy to understand if you read German.

VeloNews has the headline “A $6 power meter? Yes! Sort of…“.

This journalist did a good job and actually called around the industry and got a quote from Jim (we have met a few times so I guess using his first name only should be okay) of SRAM’s Quark group:

“The $6 cost is a great headline, but it is old news for power meter engineers. A few low-end components can be really cheap, but you are a long way from a race-ready power meter that you can trust your training on.”

The $6 BOM is actually based on standard quality components from reputable manufacturers at medium-high volume. Just like the ones SRAM are using, not “low-end components”. Many who have spent their life in electronics can tell that the Quark PM is likely slightly more in BOM cost, but not a whole lot more. The key point here is, and Jim is spot on, there is a lot more than the BOM cost involved in coming up with a retail price for a power meter. Brand recognition, positioning, etc. That actually has very little to do with the BOM cost.

The journalist also talked to Pat Warner from Stages (not sure if we have met) who is quoted as saying they are happy to manufacture in the US, but also that “There are more inexpensive shortcuts, including manufacturing in Asia and using less expensive components”. This is so true. And if you want to compete in high volume electronics, looking to Asia for manufacturing is not such a bad idea. I would not call manufacturing electronics in Asia a “shortcut” – I would call it normal for high-volume. Just look at your smartphone.

The journalist ends off on a strange note: “We still don’t know much about the $6 meter’s viability or quality”, and some more words indicating that it may be bad quality – or maybe not. If you followed our history and timeline, you will know that several products on the market are using our technology. Since 2017 you could go buy one of them and test it out if you wanted.

PinkBike is using the headline “Sensitivus Offering $6 Power Meter to Crank Manufacturers” (this seems to be off-line or moved for some reason?).

This is a pretty good and fair article, with the only exception being this line: “The $6 would be for a strain gauge, however, the brand claims even a pedal-based meter could be less than $10”. I don’t know where the journalist got that $6 strain gauge from? The reality is that you can buy strain gauges in volume for less than $1. Also, the $10 pedal-based PM part of that line is a bit strange. It is correct that roughly the same electronics works for a pedal based PM. Depending on the mechanical piece you mount the strain gauges on, you will most likely need more strain gauges. This will obviously add a bit to the material cost.

The reason the press release talks about total cost (of manufacture) as $10 is that there is more to a power meter than just buying the materials for the electronics. This includes mechanical bits and pieces housing the electronics and waterproofing it. You also need strain gauges, a battery, and obviously assembly and test.

Bike Rumor has an article “Sensitivus Gauge ApS makes a $6 power meter… minus the cranks and soldering” describing this.

Bicycling has maybe one of the best articles under the headline “A Danish Company Just Announced “$6 Power Meter Tech.” No, Power Meters Aren’t About to Get a Whole Lot Cheaper“. 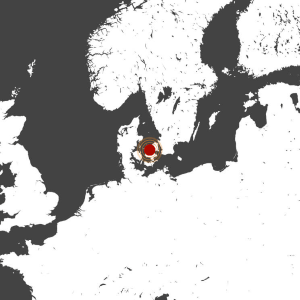