MICROMOBILITY: SUSTAINABLE LIVING IN THE CITY

The term micromobility refers to all sorts of individual transportation with comparatively lower speed and weight: e-bikes, e-scooters, regular bicycles, mopeds, etc. With the electric bicycle market steadily growing, this may have a high chance of transforming urban life. This article will be exploring the importance of micromobility and why it is a sustainable choice when shaping our future cities.

Typically no one even thinks about the environmental impact of a conventional bike. Compared to any other vehicle this is clearly the most eco-friendly way to get around. Does that change when switching to an e-bike instead? The short answer is no – on the contrary. Taking a deeper look into the capabilities, the carbon footprint, and battery disposal explains why.

As an e-bike runs on electricity it does not directly release damaging emissions that pollute the air. Keep in mind that the energy required to charge the battery is not necessarily derived from renewable sources, some emissions may be caused along the way. However, in comparison to any other vehicle, this is still minimal. One 250Wh charge is enough for 50km of riding. This is about 40 times less than needed by a Tesla electric car.

Most electric bicycles are powered by lithium-ion batteries with lead acid as the exception. When the lifespan of the battery is surpassed you can dispose of them at special recycling facilities including household e-waste collection points or battery-recycling drop-off locations. It is illegal in most countries to discard them via ‘regular’ trash that ends up in landfills. Generally speaking, lithium-ion batteries are the least hazardous and ecologically damaging battery option as of now.

Overall, there are very few negative impacts of an e-bike on the environment. Especially compared to the impact of other modes of individual transportation. Depending on factors like the emissions from the energy source, an electric bicycle can be regarded as a zero-emission vehicle.

E-bikes as an alternative

The first question that most likely appears when considering switching to an e-bike is whether it can replace other kinds of transportation including cars, buses, and trains.

Several factors can determine the suitability of e-bikes as a daily mode of transportation:

35 to 80 km (22 to 50 miles) on a single charge is what you can typically expect from an e-bike when pedaling casually. As the range is vastly affected by numerous aspects including speed, pedal mode, battery, weight, terrain, temperature, and more, those numbers can vary considerably.

Charging an e-bike battery typically takes from 3.5 to 6 hours. An e-bike is reliable in all weather conditions. It just needs some extra care when the weather gets cold, snowy, or rainy. Often equipping the bike with fenders and winter tires as well as taking the battery indoors when not used is all that is needed to get through a typical winter in most places. When riding, dressing for the weather is the smart thing to do. With modern outdoor gear, this is fairly easy even in rough conditions.

Prices for e-bikes are all over the place starting from €600 to over €7000. Most models are between €1000 and €2000. This is a very cost-effective solution compared to most alternatives, which have running costs such as fuel, parking, ride fares, etc., the e-bike.

Generally, the e-bike is a good fit for up to 20 km distances, which typically accounts for about 90% of the commute distances. This is the main reason e-bikes are so transformative – especially for urban areas (where 80% of the population typically lives).

The e-bike market has not yet reached its full capacity. Mastering the challenge of a responsible and sustainable transformation of urban life and its infrastructure is key to making this happen.

Why electric cars (EVs) are not the best solution

Currently, the electric automobile industry experiences an abundance of support with great amounts of subsidies and tax benefits. Replacing conventional cars that run on gasoline is purported as an essential step in the decarbonization process.

At first glance, electric vehicles seem to be the solution for freeing the transport sector of CO2 emissions. This is partially true if the energy is coming from clean sources like solar power, wind energy, and hydroelectric. In these cases, the car doesn’t leave much of a CO2 footprint while driving.

The CO2 footprint thus really depends on where you are located. For instance, driving in Iceland where renewable energy sources make up 85% of the total primary energy is eco-friendly. Meanwhile, in the United States, only 12.6% are derived from renewable energies making them less green. Also, consider the CO2 footprint of the EV manufacturing and transportation process.

When looking at the complete picture, in a comparison between 1) EV and 2) a combination of an e-bike for short trips and a (shared) EV for a few longer (+20 km) trips, the e-bike solution (2) wins by a huge margin.

Reducing car traffic is not only important for climate reasons but also for safety reasons. Car traffic is responsible for nearly 1.3 million deaths every year. It is the leading cause of death for people aged between 5-29 years.

Switching cars from black to green does not change this statistic. Switching transportation to lower-mass micromobility vehicles does change this. Reducing speed also improves the statistic. With average car weights, 80% are killed when hit by a car going 50 km/h or faster. At 30 km/h, more than 50% will survive if hit. Due to the much lower mass, micromobility vehicles dramatically reduce this. Remember the kinetic energy formula from physics? E = m * v^2 explains why lower speed and lower mass are so much safer.

Particle pollution from tires is also a big issue in urban areas and is responsible for many deaths. This is directly related to the weight of the vehicle and the speed.  In Copenhagen (pop 0.8M) more than 400 people die every year from particles. At least half the particles from cars are not from the exhaust. Switching to EVs will increase the non-exhaust particle pollution due to the higher average vehicle weight.

Most cities give more advantages to cars. The infrastructure is better for cars than for bikes and pedestrians. On a positive note adding new bike lanes can be a comparatively simple task with great potential.

Taking a look at how far politics have come in regards to encouraging micromobility, the future looks promising. For instance, Paris has established ‘un nouveau plan vélo’, a new bike plan that is set to build 450 km of new bike lanes by 2026 providing interconnectivity between Paris, the Greater Paris metropolis, and its surrounding municipalities.

Another example is Berlin being the first city that introduced pop-up bike lanes during the COVID-19 pandemic that are now to stay permanently. The senate there recently decided on a plan to build nearly 3000 kilometers (1864 miles) of bike lanes by 2030 transforming the German capital into a ‘bike city’.

There is a significant link between expanding the infrastructure and cycling growth. Research published by the Proceedings of the National Academy of Sciences describes an increase in cycling of 41.6% attributable to enlarging the bike lane network. That shows the effectiveness of investing in bike-friendly infrastructure and thus in sustainability.

The use of the area in cities is also an issue. As an example, Copenhagen, which is already quite bike-friendly and where only about 30% of the households own a car, still reserves more than 50% of the area between the houses for cars. This is questionable in the longer term from a democratic point of view.

With progress made in many European cities, we move closer to the goal of green and efficient urban life. Micromobility including e-bikes will hold a big share in that transformation.

To shift away from combustion engines toward electric vehicles, the total mass of short-range vehicles also needs a reduction. This is due to CO2 in manufacturing and use, but also due to safety and particle pollution. This seems to be mostly overlooked by the vehicle industry, with innovative exceptions like VOV being a prime example (also using our torque sensor to create the best possible ride feeling while increasing battery range). To quote Marianne Bailey of VOV: “All EVs must be light-weighted significantly to reduce the battery size“.

For further “reading”, this YouTube video on “The 10 Micromobility Commandments with Horace Dediu” is highly recommended. 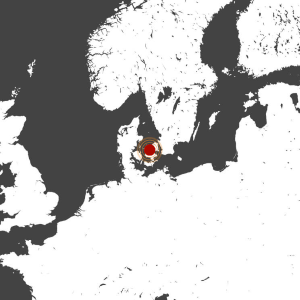